I had just lost my 14 yrs old Shephard and really wasn’t looking to get another dog so soon but my Shasta, Siberian Husky/Lab, wasn’t coping well with the loss of her big brother. I saw an electronic advertisement that stated that they had this Maremma puppy that had mitten like paws. After work I went to see the farm owners who had placed the advertisement. They had two puppies left, one being the one they were keeping to watch over their livestock. They stated that the other would have no problem walking with his paws and were willing to trade this unique, mitten like paw puppy for a $100 Tim Hortons gift card. I decided then and there that I would be the one to give this wonderful creature a better life.

When the little fluff ball met my other dog Shasta, he was so scared. He hid underneath me while Shasta sniffed and licked the poor little timid fellow. Shasta fell in love with him immediately and I knew I had made the right decision. So Maverick became a part of my family.

A few weeks later, I started to notice he was having trouble walking.  He would whine whenever he walked on anything concrete or any hard, rough surfaces...so I started buying and sewing dog booties for Maverick to wear. My Vet, Fraser Valley Animal Hospital in Abbotsford, BC, had suggested making an appointment to see a specialist for a second opinion about his paws. So Maverick and I went to see Dr. Hutchinson at the Boundary Bay/ER Vet Hospital in Langley, BC. There I found out via Xray, that Maverick was missing some digits on his right paw, most of his left paw and no front paw pads.

They called his birth deformity “Ectrodactyly” which is defined as a birth malformation to the hands and feet.  Maverick is 1 in 15, 000 who has this genetic deformity in North America. So Dr. Hutchinson had given me some options to consider for Maverick’s future 1) surgery to implant paw pads from Maverick’s hind paws and pin the bones together in order to fuse the bones together and give him mobility when he grew up 2) amputation and prosthetics 3) euthenization.

Dr. Hutchinson had made sure I understood that Maverick’s situation was a rarity and that it would be financially draining. So after carefully weighing all those options, and lots of crying, I realized that I didn’t want to lose him and so I chose the surgery and implant paw pads option. After getting turned down by three pet insurance companies, I got a loan and then Maverick went for his surgery.

Taking 8 weeks off of work out of the 10 weeks for his recovery, Maverick’s surgery was at par with what Dr. Hutchinson had hoped for. Maverick had to be confined within a 4x6 play pen for the whole 10 weeks so as to keep his casted front paws absolutely still for the implants to take in. Unfortunately, the paw pad implants didn’t take.  So Dr. Hutchinson had suggested orthotic braces option but when Maverick was done all of his growing.  Unfortunately, Maverick kept growing and growing and growing and getting heavier and heavier that his poor paws couldn’t take the pressure so the orthotics timetable had to be brought forward before he turned 1 year old.

We went to Orthopets Canada in Mission, BC with Dr. Calverley and from there, we had fittings and molds made and shipped to Orthopets USA in Denver, Colorado where they made Maverick’s Lady Gaga boots. After getting another loan and a second job, Maverick was on his way to getting his ability to walk without pain.

We have been looking forward to this stage and I was a bit worried as the hurdles we had to get through to get to this stage was a tough, painful and financial one. Everything went smoothly during his transition in wearing his boots and I was slowly getting extra shifts to pay off the first two loans.

Just before Maverick turned 2 years old, he bite through his boots damaging the structure of the boots. I went back to Orthopets Canada and found out that Maverick had outgrown his boots. We were hoping these boots were his forever boots but it was not so.

After saving and fundraising, I was able to buy Maverick another pair of Lady Gaga boots. I worked with Orthopets Canada and was able to address my concerns about his previous boots and Orthopets USA, in Denver, Colorado, were able to come up with a newer design for Maverick’s Lady Gaga boots 2.0. After a few weeks of relearning to walk with these new boots, Maverick was comfortable walking further and jumping more.

I just felt that this was it! No more huge financial bills and just seeing this wonderful dog so happy was a miracle…he was finally able to be a dog…but it just wasn’t meant to be. One boot wasn’t able to keep his toe/digit inside the boot so I was taking any and every extra shifts as I physically could in order to save for this next boots.

With the help of our Instagram followers, we are able to make an appointment to purchase a third pair of  Lady Gaga boots in October 2017. It has been a very difficult journey and we couldn’t have survived this without the wonderful people who have helped us along the way. 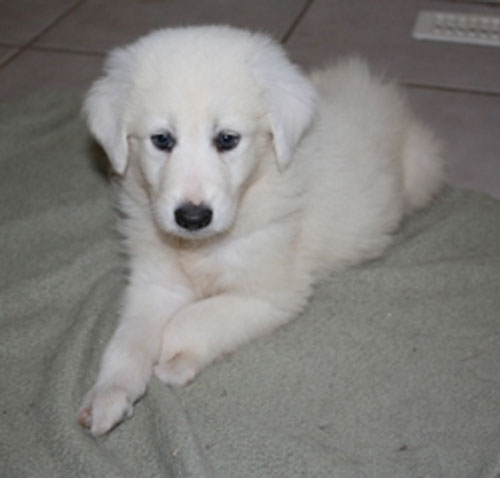